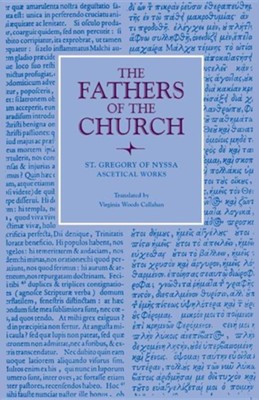 Translated By: Virginia Woods Callahan
By: St Gregory of Nyssa
More in Fathers of the Church Series
Catholic University of America Press / 1967 / Paperback
Write a Review
In Stock
Stock No: WW209692
Buy Item Our Price$45.00
In Stock
Quantity:
Stock No: WW209692
Catholic University of America Press / 1967 / Paperback
Quantity:
Add To Cart
of These in Your Cart

▼▲
In the Christian world of the fourth century, the family of St. Gregory of Nyssa was distinguished for its leadership in civic and religious affairs in the region of the Roman Empire known as Pontus. Cardinal Newman, in an essay on the trials of St. Basil, refers to the family circle which produced these two eminent Fathers as 'a sort of nursery of bishops and saints.' From St. Gregory's life of his sister, St. Macrina, a work included in this volume, we learn of the fortitude of the three preceding generations. On her death-bed, St. Macrina, recalling details of their family history, speaks of a great-grandfather martyred and all his property confiscated, and grandparents deprived of their possessions at the time of the Dioceltian persecutions. Their father, Basil of Caesarea, a successful rhetorician, outstanding for his judgment and well known for the dignity of his life, died leaving to his wife, Emmelia, the care of four sons and five daughters. St. Gregory praises his mother for her virtue and for her eagerness to have her children educated in Holy Scripture. After managing their estate and arranging for the future of her children, she was persuaded by St. Macrina to retire from the world and to enter a life common with her maids as sisters and equals. This community of women would have been a counterpart of the monastery founded nearby by St. Basil on the banks of the Iris River. In a moving scene, St. Gregory tells of his mother's death at a rich old age in the arms of her oldest and youngest children, Macrina and Peter. Blessing all of her children, she prays in particular for the sanctification of these two who were, indeed, later canonized as saints. Newman notes the strong influence of the women in the family, and in one of his letters, St. Basil gives credit to his mother and his grandmother, the elder Macrina, for his clear and steadfast idea of God.

▼▲
I'm the author/artist and I want to review Ascetical Works.
Back