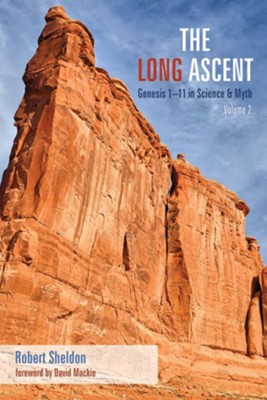 ▼▲
The first eleven chapters of Genesis (Adam, Eve, Noah) are to the twenty-first century what the virgin birth was to the nineteenth century: an impossibility. A technical scientific exegesis of Genesis 1-11, however, reveals not only the lost rivers of Eden and the garden's location, but the date of the flood, the length of the Genesis days, and the importance of comets in the creation of the world. These were hidden in the Hebrew text, now illuminated by modern cosmology, archaeology. and biology. The internet-friendly linguistic tools described in this book make it possible to resolve the location, the extent, and the destruction of Eden and Noah's flood. Ancient Egyptian, Greek, Norse, Sumerian, and Sanskrit mythology are all found to support this new interpretation of Genesis. Combining science, myth, and the Genesis accounts paints a vivid picture of the genetic causes and consequences of the greatest flood of the human race. It also draws attention to the acute peril our present civilization faces as it follows the same path as its long-forgotten, antediluvian ancestors. Discover why Genesis has never been so possible, so relevant as it is today.

▼▲
Robert Sheldon earned a PhD in experimental space physics from the University of Maryland, and an MA in religion from Westminster Theological Seminary. His career in NASA satellite instruments and teaching led to appointments as mittelarbeiter at Universitat Bern, research associate at Boston University, associate professor at the University of Alabama in Huntsville, and visiting professor at Wheaton College. He is the author of Laser Satellite Communication (2000) and over sixty refereed articles and chapters.