We are OPEN and SHIPPING - click here for shipping estimates
PRE-SUMMER CYBER SALE: Shop over 2,500 items up to 90% off through 5/26 >
As the Sparks Fly Upward - eBook
By: Gilbert Morris 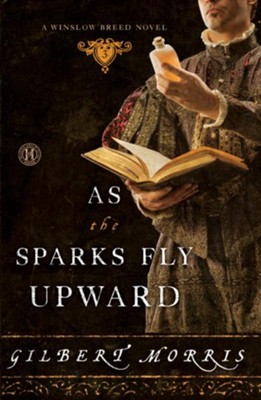 As the Sparks Fly Upward - eBook

▼▲
The trilogy The Winslow Breed serves as a prequel to the author’s highly successful House of Winslow series (published by Bethany House). As the Sparks Fly Upward is the final book in the trilogy.

Young Colin Winslow grows up feeling altogether different from the rest of his family. Not bold and rough like his charismatic brother, Adam, or headstrong and spoiled like his sister, Adara, he is a gentle soul with a special love for natural things. His interest in animals, medicine, and healing brings him in contact with a strange woman who lives in the woods, Meg Caradoc. She teaches him the fine art of using a variety of herbs to quell sickness and pain.

When Colin studies at Oxford, an eccentric but brilliant professor, Dr. Phineas Teague, guides the young man to a career in medicine. The formal knowledge Professor Teague imparts, combined with knowledge of Meg's herbal remedies, make Colin an insightful and successful doctor—one with the approving eye of Queen Elizabeth on him. Colin’s skill quickly earns him many patients, some highly placed in the courts of both his queen and her sister Mary Queen of Scots. This once shy and uncertain young man finds himself in the midst of court intrigue and a key player in quelling assassination plots and passing vital information to the queen’s court. When Colin faces his most difficult case—curing the wounds his brave brother suffered in battle—he must confront his attraction to Adam’s wife, his unsteady faith in God, and his command of medicine: will he abandon his noble role and succumb to temptation, or will he take his place as the new hero of the Breed of Winslow?

▼▲
I'm the author/artist and I want to review As the Sparks Fly Upward - eBook.
Back
×
Back
×