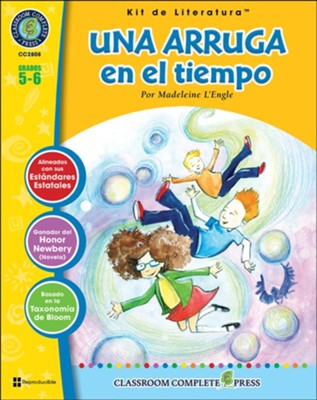 ▼▲
Travel through time and space to solve a mystery and fight in the universal war against evil. The quizzes and comprehension activities help check for understanding. Take an in-depth look into the concept of the tesseract by comparing Mrs Whatsit and Mrs. Murry's reactions. Put the events that occurred after the family met Mrs Whatsit in the order that they played out. Predict who Mrs Who is talking about when she tells Charles Wallace that he needs our help. Describe and draw a picture of the creature that Mrs Whatsit transforms into. Imagine your own gifts to give to the children along with those from Mrs Whatsit, Mrs Who and Mrs Which. List Meg's character traits that help save the day on the brain graphic organizer. Aligned to your State Standards, additional crossword, word search, comprehension quiz and answer key are also included.