Skip to main content
The Armor of the King: Part One of The Beautiful Dreamer - eBook
By: Justin Mullins
Stock No: WW67572EB 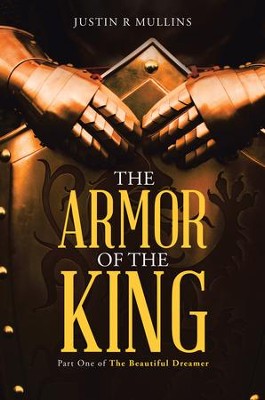 The Armor of the King: Part One of The Beautiful Dreamer - eBook

Caleb has heard whispers—tales of a King of Old who gave his life for his people—but such stories seem like legend in a day when the evil Shadow Lord rules the Land. In the quiet fishing village of Cliff Cove, even the Shadow Lord seems distant until one day his evil forces attack and everything Caleb loves is taken from him.

Escaping with his life, Caleb sets out on a quest to find the Truth. As he learns more about the King of Old, Caleb discovers that he must obtain the King’s armor to be ready to fight the Shadow Lord.

But gaining the armor is no easy task. For each piece he must pass a test and prove he is worthy to bear the armor of the One True King.

With the help of a friend and faith in the King, Caleb will fight a jackal and a vampire, befriend gnomes and dragons, and stand against a banshee and a corrupt official R30; all leading up to an epic battle to defeat the Shadow Lord and free his people.

▼▲
I'm the author/artist and I want to review The Armor of the King: Part One of The Beautiful Dreamer - eBook.
Back
Back