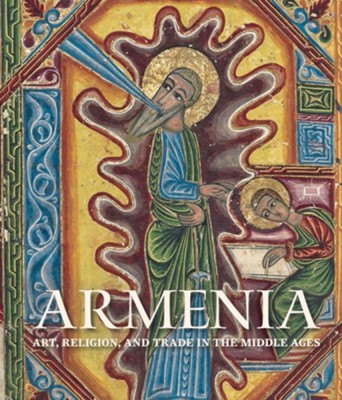 Armenia: Art, Religion, and Trade in the Middle Ages

As the first people to officially convert to Christianity, Armenians commissioned and produced astonishing religious objects. This sumptuous volume depicts and contextualizes the compelling works of art that defined the rich and complicated culture of medieval Armenians, including carvings, liturgical furnishings, beautifully illustrated manuscripts, gilded reliquaries, exquisite textiles, printed books, and more. Situated at the center of trade routes that connected the East and West during the Middle Ages, Armenia became a leading international trade partner for Seljuk, Mongol, Ottoman, and Persian overlords, while also serving as a powerful ally to Byzantium and European Crusader states. Written by a team of international scholars, with contributions from Armenian religious leaders, this book will stand as the definitive text on the art and culture of medieval Armenia.

▼▲
Helen C. Evans is Mary and Michael Jaharis Curator of Byzantine Art in the Department of Medieval Art and The Cloisters at The Metropolitan Museum of Art.

▼▲
I'm the author/artist and I want to review Armenia: Art, Religion, and Trade in the Middle Ages.
Back
×
Back
×