Skip to main content
Aristotle and Black Drama: A Theater of Civil Disobedience
By: Patrice D. Rankine
Stock No: WW584525 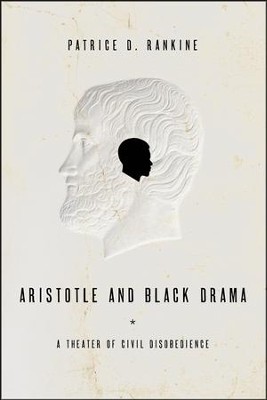 Aristotle and Black Drama: A Theater of Civil Disobedience

Civil disobedience has a tattered history in the American story. Described by Martin Luther King Jr. as both moral reflection and political act, the performance of civil disobedience in the face of unjust laws is also, Patrice Rankine argues, a deeply artistic practice. Modern parallels to King's civil disobedience can be found in black theater, where the black body challenges the normative assumptions of classical texts and modes of creation. This is a theater of civil disobedience.

Utilizing Aristotle's Poetics, Rankine ably invokes the six aspects of Aristotelian drama--character, story, thought, spectacle, song, and diction. He demonstrates the re-appropriation and rejection of these themes by black playwrights August Wilson, Adrienne Kennedy, and Eugene O'Neill. Aristotle and Black Drama frames the theater of civil disobedience to challenge the hostility that still exists between theater and black identity.

Patrice D. Rankine is Professor of Classics and Dean for the Arts and Humanities at Hope College.

…this book will be thought provoking and richly rewarding for specialists in classical and/or black literature.

The reader is challenged to move beyond the moral constraints of Aristotlelian drama and adopt a consciousness that involves recognizing the interplay of various sociopolitical forces and how they operate simultaneously to create an environment where convention, rather than principle, is challenged.

▼▲
I'm the author/artist and I want to review Aristotle and Black Drama: A Theater of Civil Disobedience.
Back