Skip to main content
Arise to the Battle
By: Dennis O'Daniel
Stock No: WW573551 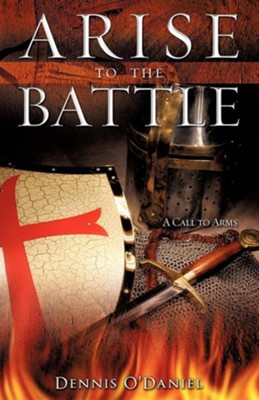 Arise to the Battle

▼▲
War is a term that many do not want to ponder or spend too much time thinking about. There are those who think of war as a distant event in the past or as a thing that occurred in some isolated place; however war surrounds us everyday. In fact, a Spiritual war is at our doorsteps One thing is very apparent; ignorance of war and misunderstanding the principles of war will exact a terrible toll in our lives. General William T. Sherman once said, "War is hell " In "Arise to the Battle" the reader learns the Spiritual war that we face literally is against hell. Through God's divine order and plan it can be fought and won Author Dennis O'Daniel seeks to reveal clearly the history of the Spiritual battle, the focus of the war, and the principles of war; to help readers understand how to become victors instead of victims. We do not have to be casualties of this spiritual war, but with knowledge and truth, we can wage warfare with wisdom, confidence and boldness. We can meet the attacks of the enemy and win "Arise to the Battle " Shake off all apathy and be an effective part of the Army of the Lord Author Dennis O'Daniel is an ordained, Spirit-filled minister of the Word of God. He has a burning passion to see the church arise to fullness. Through his ministry, the yoke of bondage has literally been destroyed from the lives of many as the Holy Spirit ministers through him to the people. He has ministered throughout the United States and overseas and has a passion to see the Body of Christ fully equipped.

▼▲
I'm the author/artist and I want to review Arise to the Battle.
Back