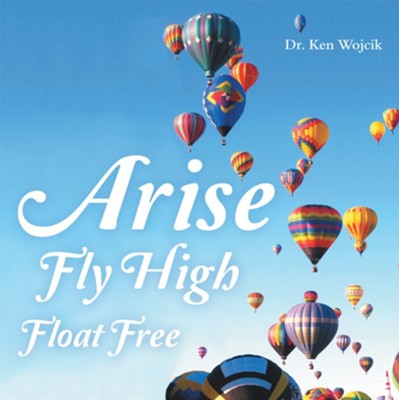 For as long as I can remember I’ve been fascinated with airplanes and the realm of flight. The thought that through them I could achieve the age-old desire of mankind to “break free of the pull of the earth’s gravitational force and soar freely through the sky” inspired me to achieve my private pilot license while still a teenager and my commercial license at the age of twenty.

For years now I had enjoyed an occasional escape from the earth’s gravitational boundaries. However, it wasn’t until the spring of 1991 that I discovered the true freedom I sought in “lighter-than-air” flight in a hot air balloon. Now, having spent thousands of hours aloft in both powered and lighter-than-air aircraft, I have come to see several interesting similarities between lighter-than-air flight and another age-old quest of man: the desire to be free from the controlling force which sin has on us and the desire to float freely in the grace of God. This book explores those similarities while attempting to illustrate the concepts of... “Arising” above our sinful nature,

“Flying High” above the controlling force that sin has on us, and “Floating Free” in God’s unmerited Grace.

Over the past forty years Dr. Wojcik has spoken in churches, Bible and Pastor Conferences on the similarities of the human body and the church. Having hosted a weekly radio program titled “The Living Body of Christ” he has utilized physicians of various specialties to explore these similarities. He has also presented a program on the Anatomical and Physiological aspects involved in the process of crucifixion in regards to the death of Jesus Christ in over two hundred churches. He now turns his attention to the similarities between how a balloon can overcome the law of gravity by being filled with super-heated air and maneuver freely through the sky utilizing only the wind to direct it, and how an individual can overcome the law of sin by being filled with God’s Holy Spirit and maneuver successfully through life by utilizing the directing power of God’s Spirit.

In addition to operating a successful Chiropractic practice for 38 years, Dr. Wojcik is a Commercially rated airplane and hot air balloon pilot with 53 years of aviation experience. His unique ability to see God’s presence in everyday life brings an entertaining twist to this education, inspirational and visually stunning book.

▼▲
I'm the author/artist and I want to review Arise Fly High Float Free - eBook.
Back
Back