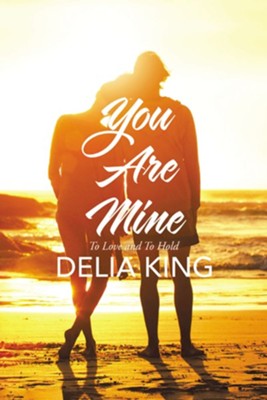 You are Mine: To Love and To Hold - eBook

Millionaire architect Marcelo Sanchez and his wife Jessica an interior decorator did not want a child of their own while they’re living an aristocrat lifestyle. Unexpectedly, Jessica was devastated when she found out that she was pregnant. She was forced to carry her child due to her husband’s family background and later, she gave birth to a beautiful girl, Alicia.

Alicia was raised by her nanny while Marcelo and Jessica had continuously kept themselves busy with their work they enjoy doing to maintain their high class lifestyle and never had put any attention to their one only child, but to push money into her purse and showered her with material things the best that money can get to mask their absences and the lack of moral support as a parent.

Few years later, Alicia realized she was an unwanted child and longed to be loved and at fifteen she met Christian, a handsome young man and both fell in love, but they split up after their short but happy intimacy with their difference--Alicia was too young to have a serious relationship and Christian was determined to concentrate his studies and wanted to pursue his chosen career that would take him four years in another island in Davao City, Philippines.

Despite of Alicia’s parent’s millionaire’s status, she moved on and found love from her old classmate Josef and after their friendship had blossomed into romance and got engaged to be married. And as their grand wedding was fast approaching, Christian returned after four years and never have forgotten the young Alicia to whom he fell in love with from the first time he set his eyes on her. His unconditional love remained and ready to rebuild his relationship with her. This put Alicia in a difficult situation not only to make decision between her two lovers, but also to endure all the pressure from her parents forcing her to persevere with the wedding as planned.

Delia King was born in the Philippines and had a dream to be a clothes designer. She graduated at Ursula Fashion and Arts and came to UK in 1977. In the early 1990's she made her career in the Care Sector and worked for many years as an Assistant Unit Manager in a Local Government in Winchester, Hampshire. She is a fun and a loving mother of her two sons, Nathan and Gregory. Out of the blue she decided to write fiction stories which she is enjoying very much and it has become her passion.

▼▲
I'm the author/artist and I want to review You are Mine: To Love and To Hold - eBook.
Back
Back