Skip to main content
Archbishop Oscar Romero: The Making of a Martyr - eBook
By: Emily Wade Will
Stock No: WW109435EB 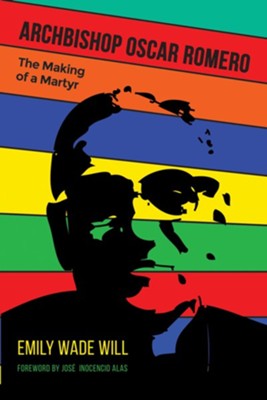 Archbishop Oscar Romero: The Making of a Martyr - eBook

▼▲
Who is Oscar Romero, assassinated in 1980 while saying mass, beatified by Pope Francis in 2015, a man Latin Americans already claim as Saint Romero of America? This biography, a Romero primer, sets out to answer this question for the general public ages fifteen up--readers who may know little about El Salvador, Romero's homeland, or the Roman Catholic Church. Based on interviews with some of Romero's seminary mates and siblings, this title reveals not-yet-published information to fill gaps in Romero's first twenty-five years of life. One chapter explores the archbishop's surprising relationship with "misguided" young adults. The author takes painstaking effort to convey the context in which this old-school cleric emerged as an audacious voice of the voiceless. That he did so is remarkable; Vatican officials named him archbishop confident he would remain silent, rein in activism, and ruffle no status-quo feathers. How and why Romero defied expectations ranks among the most compelling faith stories of the late twentieth century. Jose Inocencio Alas honors this work with a foreword. A former priest and colleague of Romero who narrowly survived abduction and torture by El Salvador's notorious National Guard, Alas has exclaimed, "I hope just about everyone in the world reads this book."

▼▲
Emily Wade Will holds a master's in agricultural journalism from the University of Wisconsin-Madison. She has penned hundreds of articles over the years, with a special interest in Latin America and the Caribbean, and is the author of Haiti (2001). Her first novel, middle-grade historical fiction, When Parrots Blocked the Sun, is forthcoming in 2016.

▼▲
I'm the author/artist and I want to review Archbishop Oscar Romero: The Making of a Martyr - eBook.
Back
Back