Skip to main content
Archaeology and the Old Testament
Edited By: K.C. Hanson
By: James B. Pritchard
Stock No: WW080924 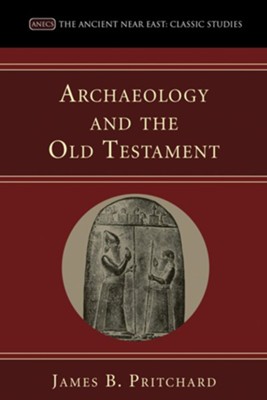 Archaeology and the Old Testament

▼▲
Archaeology is a science in which progress can be measured by the advances made backward into the past. The last one hundred years of archaeology have added a score of centuries to the story of the growth of our cultural and religious heritage, as the ancient world has been recovered from the sands and caves of the modern Near East-Egypt, Jordan, Israel, Syria, Lebanon, Turkey, and Iraq. Measured by the number of centuries which have been annexed to man's history in a relatively few years, progress has been truly phenomenal. This book deals with the recent advance and with those pioneers to the past who made it possible. Interest in biblical history has played an important part in this recovery. Names such as Babylon, Nineveh, Jericho, Jerusalem, and others prominent on the pages of the Bible, have gripped the popular imagination and worked like magic to gain support for excavations. This book is written from the widely shared conviction that the discovery of the ancient Near East has shed significant light on the Bible. Indeed, the newly-discovered ancient world has effected a revolution in the understanding of the Bible, its people, and their history. My purpose is to assess, in non-technical language which the layman can understand, the kind of change in viewing the biblical past which archaeology has brought about in the last century. Since the text of the Bible has remained constant over this period, it is obvious that any new light on its meaning must provide a better perspective for seeing the events which it describes. In short, I am concerned with the question, How has history as written in the Bible been changed, enlarged, or substantiated by the past century of the archaeological work? --from the Preface

▼▲
I'm the author/artist and I want to review Archaeology and the Old Testament.
Back