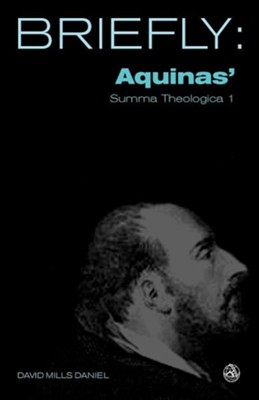 ▼▲
Aquinas' "Summa Theologica" is his most famous work. It was intended as a manual for beginners as a compilation of all of the main theological teachings of that time and consists of a summary of the reasonings for almost all points of the Catholic faith. It is the fullest presentation of his views and covers the widest range of subjects - reason, sin, just war to name but a few - in detailed philosophical language. He worked on it from 1265 until the end of his life in March 1274. When he died, he had reached Question ninety of Part III, on the subject of penance. The work is in three parts, dealing firstly with questions of God, then in part II with man's striving for the highest end, and in the third part with Christ and the union between human and divine. Each part is structured as a series of questions and assertions and relies heavily upon key thinkers and writers at that time, including Aristotle, St Augustine, Dionysius and Rabbi Moses.

▼▲
The author makes modest claims for his book, calling it 'basic' and far from comprehensive. Nevertheless, much useful information can be found here, and it is a good school reference book for students with a grasp of Christian terms. Protestants will not be much confused over beliefs they share with Roman Catholics: 'grace' is helpfully projected into sanctification as well as forgiveness; 'justification' does not say that God sanctifies us to make us forgiveable, but it comes close. Recommended. Richard Wilkins, School governor and former General Secretary of ACT, ACT, 2004.

▼▲
I'm the author/artist and I want to review Aquinas Summa Theologica (Part 1): God, Part I.
Back