Skip to main content
BIG SUMMER BLOWOUT: Over 2,000 deals ~ up to 85% off, through 8/16. Shop now >
Approaching the World's Religions, Volume 1: Philosophically Thinking about World Religions - eBook
By: Robert Boyd
Stock No: WW107826EB 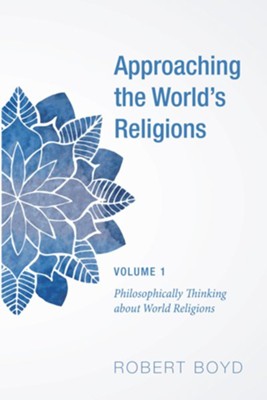 ▼▲
Philosophically Thinking about World Religions is different from other works in the discipline today. It deviates from the typical approaches used for the study of world religions. Its goal is to engage readers in thinking hard about world religions, not about the data surrounding those traditions. By focusing on philosophical questions, each reader should be challenged to do their own investigations that may reveal the heart of these traditions. Another stance that this project takes that distinguishes it from other texts in the discipline is that it advocates an inclusivist perspective regarding the world religions. Pluralism, which is the predominate assumption today, ends either in contradiction or in the development of a metatheory that dismisses crucial distinctions between the various traditions or eliminates some ancient religions because they do not fit the metatheory. By taking an open inclusivist approach, all religious traditions may engage at the table of dialogue. The final essay is about justice and social affairs. While that discussion is couched within the context of a particular tradition, each religious tradition must have the discussion. But it must be more than an intrareligious dialogue; it must become an interreligious dialogue.

▼▲
Robert Boyd has taught philosophy at Fresno City College since 1996. He took his PhD from the University of Wales at Lampeter. In addition to publishing several books in the field of critical reasoning, he has authored or coauthored a number of articles in peer-reviewed journals. While he has maintained his interest in logic and critical reasoning, much of his current research deals with the study of world religions and the theology of religions.

▼▲
I'm the author/artist and I want to review Approaching the World's Religions, Volume 1: Philosophically Thinking about World Religions - eBook.
Back
Back