Skip to main content
SPRING CYBER EVENT STARTS NOW: And it's a really BIG deal! Up to 88% off through 5/24>
Approaching Judgment: The Path to Armageddon
By: David Womack
Stock No: WW361460 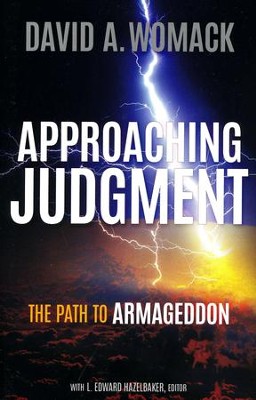 Approaching Judgment: The Path to Armageddon

In Approaching Judgement: The Path to Armageddon, David Womack seeks to cut out all the misinterpretations caused by human supposition and intuition based wrongly on passing current events and sensationalism and just ask what John's original text means. With clarity and logical, Womack guides readers through the Book of Revelation step-by-step, explaining what the symbols would have meant to John at that time and setting forth a time line for the future, including who the principal players will be. Approaching Judgement provides the reader with a well-documented look at one of the most complex books in the Bible.

Editor L. Edward Hazelbaker writes, "David Womack passed from this life and to his eternal reward before this book found its way to a publisher. God sustained David throughout the process of writing this book, and in the final analysis both his prayers and those of his many brothers and sisters in Christ were answered. David's final book—his final written statement of faith—has been sent out for ministry, and his healing has been absolutely complete."

▼▲
DAVID WOMACK received his Master of Arts degree in Theology. His studies concentrated on the history of doctrine, and he wrote his thesis on The Operation of the Holy Spirit in the Second Century. He has written numerous book and magazine articles. He was also an ordained minister with the Assemblies of God-having served as pastor, evangelist, and missionary.

▼▲
I'm the author/artist and I want to review Approaching Judgment: The Path to Armageddon.
Back
Back