Skip to main content
SPRING CYBER EVENT STARTS NOW: And it's a really BIG deal! Up to 88% off through 5/24>
Apprentice: Walking the Way of Christ - eBook
By: Steve Chalke, Joanna Wyld
Stock No: WW2789EB 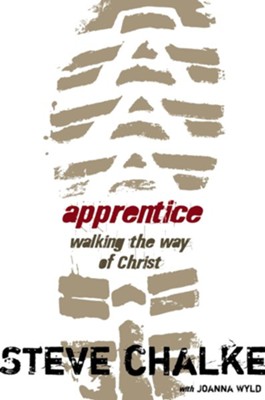 ▼▲
Ancient rabbis taught on the move. And Jesus was no exception. During his earthly minsitry Jesus led the disciples all over Palestine teaching, illustrating, and taking risks. In Apprentice author Steve Chalke explores what it means to be a 21st century follower of Christ. Through a mix of captivating parables and commentary, Chalke calls you into a deeper experience of learning and relationship with Christ.

The quest for meaning and purpose dwells within all of us. Jesus insisted that its fulfillment lay in a relationship with him. But what does that relationship look like—really? Apprentice calls spiritual pilgrims, both Christians and non-Christians, to exchange the shallow diversions of secular and religious culture for the pursuit of our true desires. In a book of refreshing honesty, great heart, and rich creativity, Steve Chalke guides us into an apprenticeship with the master teacher, Jesus. Embarking on a relational journey that engages us on every level, we walk with Jesus in an organic, whole-life learning experience, exploring ten areas foundational to the meaning and depth we crave. Apprentice encourages us to ask our most probing questions, embrace our doubts, and learn why we are driven to belong. Combining story and parable with thoughtful commentary, we discover the ancient art and discipline of apprenticeship— living lives stamped with the character, presence, and impact of Jesus.

▼▲
Steve Chalke is an ordained minister and the founder of Oasis, which over the last 25 years has developed into a group of charities working to deliver education, training, youth work, health care and housing around the world. He is the senior minister of Church.co.uk, Waterloo and a UN Special Advisor working to combat people trafficking. In 2004 he was awarded an MBE by the Queen for his work in social inclusion.
Joanna Wyld began her career writing about music for CD liner notes and concert programmes. She studied at Oxford, where she was listed as one of the Women of Distinction in 25 years of women at New College, and lives in London with her daughter, Eva.

▼▲
I'm the author/artist and I want to review Apprentice: Walking the Way of Christ - eBook.
Back
Back