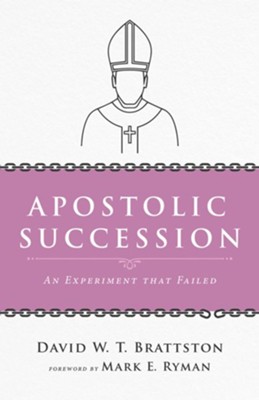 ▼▲
This book is the first in generations to examine writers in the early church in order to ascertain the original Christian intent as to how early Christian clergy were chosen, their powers and responsibilities, and the methods of placing people in church office and displacing them. This book demonstrates what the first writers meant when they advocated apostolic succession, the scope of authority particular church officers would possess, and how their authority would be transmitted. Besides concentrating on writings in the first to third centuries AD, this book draws on later material to question the assertions made today for bishops claiming apostolic succession. It reveals they are contrary to early church thought, that the doctrine or theory of apostolic succession cannot be proved, and does not work in practice even in our own day. This publication is rare in the field of Christian scholarship in that it challenges the fundamental claims that diocesan bishops do or can trace their lines of ordinations back to the apostles. This unusual book will comfort many, and disquiet many, and surprise all, because it investigates what many assume, without solid proof, to be the bedrock of church authority.

▼▲
David W. T. Brattston is a retired lawyer and judge on minor tribunals. He resides in Lunenburg, Nova Scotia, Canada, a UNESCO World Heritage Site. His twelve books and over four hundred articles synthesizing early and modern Christianity have been published by a wide variety of denominations in every major English-language country. His mission is to make Christian literature of its first two centuries known and used by all Christians.

▼▲
I'm the author/artist and I want to review Apostolic Succession: An Experiment that Failed - eBook.
Back
Back