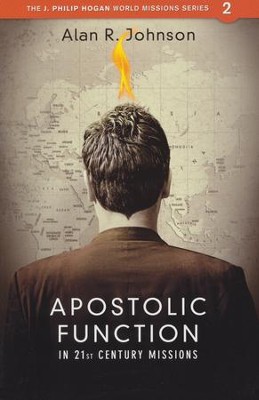 In Apostolic Function in 21st Century Missions, Alan R. Johnson introduces the idea of apostolic function as the paradigm of missionary self-identity that reminds us to focus our efforts on where Christ is not named. He then examines in detail the "where" paradigm in missions, frontier mission missiology, with a sympathetic critique and a review of the major contributions of unreached people group thinking. Johnson concludes by illustrating his notion of seeking to integrate missions paradigms and discussing of issues that relate specifically to the "where" questions of missions today.

▼▲
I'm the author/artist and I want to review Apostolic Function in 21st Century Missions.
Back
Back