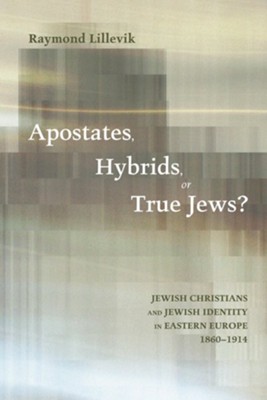 ▼▲
This book explores the relationship between Christian faith and Jewish identity from the perspective of three Jewish believers in Jesus living in eastern and central Europe before World War 1: Rudolf Hermann (Chaim) Gurland, Christian Theophilus Lucky (Chaim Jedidjah Pollak), and Isaac (Ignatz) Lichtenstein. They were all rabbis or had rabbinic education, and were in different ways combining their faith in Jesus as Messiah with a Jewish identity. The book offers a biographical study of the three men and an analysis of their understandings of identity. This analysis considers five categories for identification: the relation of Gurland, Lucky, and Lichtenstein to Jewish tradition, to the Jewish people, to Christian tradition, to the Christian community, and to the network of Jewish believers in Jesus. Lillevik argues that Gurland, Lucky, and Lichtenstein in very different ways transcended essentialist as well as constructionist ideas of Jewish and Christian identity.

▼▲
Raymond Lillevik (PhD) is lecturer in Kristen Videregaende skole in Nordland, Nesna in Norway. Apostates, Hybrids, or Jews? is a publication of his Phd-dissertation at The Norwegian School of Theology.

▼▲
I'm the author/artist and I want to review Apostates, Hybrids, or True Jews?: Jewish Christians and Jewish Identity in Eastern Europe, 1860-1914 - eBook.
Back
Back