Skip to main content
An Apology of The Church Of England by John Jewel
Edited By: John E. Booty
By: John Jewel
Stock No: WW93911 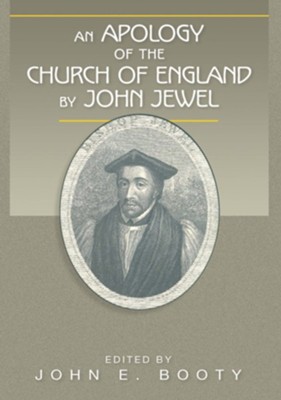 An Apology of The Church Of England by John Jewel

▼▲
Long out of print, John Jewel's classic defense of Reformation principles is again available in this specially re-issued edition with an introduction by John E. Booty. Written after Elizabeth's accession to the throne upon the death of Mary Tudor, Jewel's Apology was a major literary contribution toward England's struggle with the papacy and influenced the development of the Elizabethan Church of England and of Anglicanism as it spread throughout the world. Central to his discussion of the Trinity, the sacraments, the authority of bishops and priests and their right to marry, and other doctrinal matters, is Jewel's insistence on a "search of Scripture" and a return to the early "church of the apostles and of the old catholic bishops and fathers." John Booty's brilliant introductory essay places Jewel's work in its historical context and highlights its central documentary importance in the English Reformation.

▼▲
I'm the author/artist and I want to review An Apology of The Church Of England by John Jewel.
Back