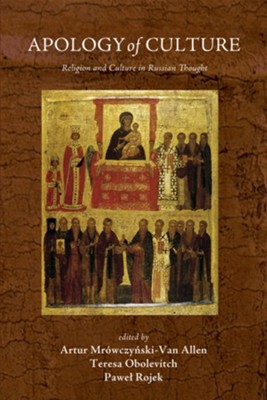 Apology of Culture: Religion and Culture in Russian Thought - eBook

▼▲
Contemporary philosophy and theology are ever more conscious of the fact that the model of relations between religion and culture developed in modernity is fundamentally flawed. The processes of the secularization of society, culture, and even religion are rooted in the dualistic vision of religion and culture introduced in the late Middle Ages. In seeking a way out, we need to explore domains of culture unaffected by Western European secular thinking. Russian thought is remarkably well prepared to formulate an alternative to secular modernity. Indeed, in Russian culture there was neither a Renaissance nor an Enlightenment. Eastern Christianity retained an integral patristic vision of human nature that had not been divided into separate "natural" and "supernatural" elements. These pre- and non-modern visions are now gaining exceptional value in the postmodern reality in which we find ourselves. The heritage of Russian Christian thought may serve as a source of inspiration for alternative approaches to religion and culture. In this respect, Russian thought may be compared with nouvelle theologie, Radical Orthodoxy, and other recent movements in Christian postsecular thought. For this reason it remains astonishingly contemporary.

▼▲
I'm the author/artist and I want to review Apology of Culture: Religion and Culture in Russian Thought - eBook.
Back
Back