Skip to main content
Apologetics for the 21st Century
By: Louis Markos
Stock No: WW514487 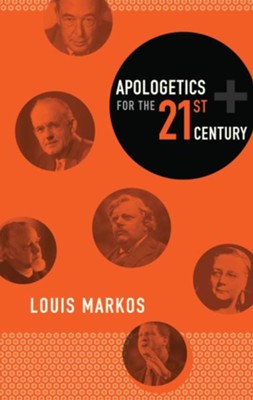 Apologetics for the 21st Century

▼▲
The vibrant and persuasive arguments of C. S. Lewis brought about a shift in the discipline of apologetics, moving the conversation from the ivory tower to the public square. The resulting strain of popular apologetics-which weaves through Lewis into twentieth-century writers like Francis Schaeffer and modern apologists like William Lane Craig, has equipped countless believers to defend their faith against its detractors.

Using the work of C. S. Lewis as a starting point, Markos examines the key popular apologists and arguments that shape the intellectual defense of the Christian faith today.

Louis Markos (PhD, University of Michigan) is professor of English and scholar in residence at Houston Baptist University. He is the author of twelve books and has published over 120 book chapters, essays, and reviews in various magazines and journals. He lives in Houston with his wife, Donna, and their two children.

▼▲
I'm the author/artist and I want to review Apologetics for the 21st Century.
Back
Back