Skip to main content
The Apocalypse of St. John: A Revelation of Love and Power
By: Lawrence R. Farley
Stock No: WW270402 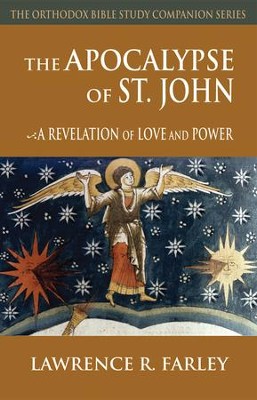 The Apocalypse of St. John: A Revelation of Love and Power

▼▲
The Book of Revelation has inspired controversy ever since it was written in the first century. It was the last book to be accepted into the New Testament canon, and today a myriad of mutually contradictory end-times speculations claim to be based on its teachings. Fr. Lawrence Farley provides a sober, patristic interpretation that reads Revelation in its proper context of Jewish apocalyptic literature. He demonstrates that the most important lesson we can learn from Revelation today is the need to remain faithful in a time of widespread hostility to the Christian faith.

About the Orthodox Bible Study Companion Series
This commentary series was written for the average layperson. Working from a literal translation of the original Greek, the commentary examines the text section by section, explaining its meaning in everyday language. Written from an Orthodox and patristic perspective, it maintains a balance between the devotional and the exegetical, feeding both the heart and the mind.

▼▲
I'm the author/artist and I want to review The Apocalypse of St. John: A Revelation of Love and Power.
Back
Back