Skip to main content
BIG SUMMER BLOWOUT: Over 2,000 deals ~ up to 85% off, through 8/16. Shop now >
The Apocalypse of Jesus Christ: Meditations on Themes from the Book of Revelation - eBook
By: David Atkinson
Stock No: WW109745EB 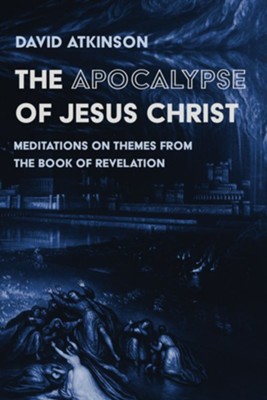 The Apocalypse of Jesus Christ: Meditations on Themes from the Book of Revelation - eBook

▼▲
The strange Book of Revelation, written in about 95 AD, opens up a world in which Christian people were under threat from the Roman Empire; some were suffering for their faith. Was it easier to fall in with the ways of the empire in all its wealth and prosperity, as well as cruelty, than to hold fast in their faith? The prophet John records a vision of the risen Jesus which opens up for him God's perspective on the Christian assemblies and on the empire. Written in the sort of poetic literature sometimes called "apocalyptic," John conveys his message encouraging the Christians to stay strong in their witness, while at the same time opening up the demonic realities behind the workings of totalitarian empire and looking towards God's ultimate victory over all that is evil, in the establishment of God's kingdom. Today we are subject to the allurements of many different sorts of godless "empires," tempting us to put other gods in the place of Jesus Christ. Can Revelation encourage us in our struggles and our witness in our very different world?

▼▲
David Atkinson, former Fellow of Corpus Christi College, Oxford, is a retired Church of England bishop and author of several books, including Pastoral Ethics (1994), Renewing the Face of the Earth (2008), several volumes in the Bible Speaks Today series, and Hope Rediscovered (2018). He co-edited The New Dictionary of Christian Ethics and Pastoral Theology (1995).

▼▲
I'm the author/artist and I want to review The Apocalypse of Jesus Christ: Meditations on Themes from the Book of Revelation - eBook.
Back
Back