Skip to main content
SPRING CYBER EVENT STARTS NOW: And it's a really BIG deal! Up to 88% off through 5/24>
Apocalypse and Allegiance: Worship, Politics, and Devotion in the Book of Revelation - eBook
By: J. Nelson Kraybill
Stock No: WW9995EB 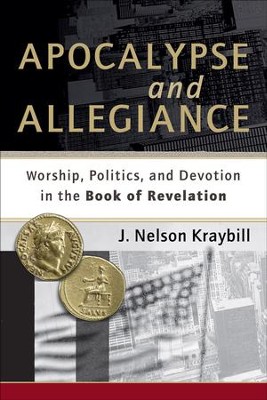 Apocalypse and Allegiance: Worship, Politics, and Devotion in the Book of Revelation - eBook

▼▲
Apocalypse and Allegiance is a lively introduction to the Book of Revelation as political and social commentary, on both the ancient world and the modern world. Eschewing end-times interpretations, Kraybill places John's vision in its first-century context, opening a window into the political, economic, and social realities of the early church while demonstrating how its symbolic images mocked emperor worship, and presaged the Rome's immanent collapse.The message of this analysis is then applied to our day, to the issues of imperial colonialism, worship, and allegiance. Yet, the idea is not to "reveal" the mysterious prophecies of the book of Revelation as so many have irresponsibly done in our own day, but to demonstrate how Revelation critiques culture and the authenticity of faith through its imagery, both in the ancient world and today. This is not a book that proposes to untangle Revelation's prophecies so as to determine the end times, or anything of the sort, but illuminate how the efforts of humanity in the arena of politics and social order are inimical to God's kingdom.This book will make an excellent read for churches who want to understand the book of Revelation as it was primarily intended, that are as a powerful cultural and socio-economic critique, not as a puzzle book of prophecies. With helpful study questions at the end of each page, this book will provide an excellent study for Seminary and especially, College students struggling to understand and grapple with their conscience in society, as well, as socially active churches.

▼▲
I'm the author/artist and I want to review Apocalypse and Allegiance: Worship, Politics, and Devotion in the Book of Revelation - eBook.
Back
Back