Skip to main content
Apatheia in the Christian Tradition: An Ancient Spirituality and Its Contemporary Relevance - eBook
By: Joseph H. Nguyen
Stock No: WW108901EB 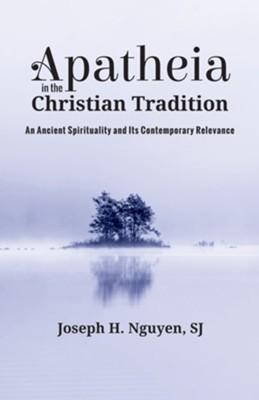 Apatheia in the Christian Tradition: An Ancient Spirituality and Its Contemporary Relevance - eBook

▼▲
To many modern people, apatheia (being "without suffering"/"without passion") sounds like cold-heartedness and indifference to others, a condition to be avoided. However, in the classical world and for many in the historic Christian church it was a spiritual state to aspire to. What exactly is apatheia? What is its origin? How has it been used in spiritual writings throughout the centuries of Christian practice? And how may it help us today to articulate a Christian understanding of the soul's spiritual well-being? The central aim of the book is twofold: to rediscover the meaning and function of the Greek term apatheia as it was understood and employed by the Stoics in their philosophical and religious writings, and to explore how the theologians of the church--Origen, Evagrius, John Cassian, Maximus, and Ignatius of Loyola--interpreted apatheia for their spiritual practice. Nguyen argues that the concept of apatheia in the Christian spiritual tradition connotes the state of "spiritual peace" or "well-being" of the human soul wherein excessive and negative emotions--such as lust, excessive desire for food and drink, anger, envy, resentment, self-love, and pride--are replaced by reasonable desires, love, and humility.

▼▲
Joseph H. Nguyen, SJ is a Jesuit Priest and Lecturer in the Department of Religious Studies at Gonzaga University.

▼▲
I'm the author/artist and I want to review Apatheia in the Christian Tradition: An Ancient Spirituality and Its Contemporary Relevance - eBook.
Back
Back