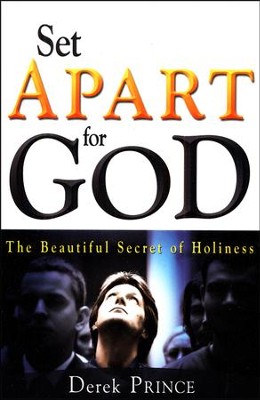 ▼▲
Holiness is a priceless gift from God that most people never unwrap. What they miss!Why does just hearing the word holiness make many of us uncomfortable?-We think holiness means restrictive rules and regulations.-We believe it is an outdated concept that doesn't fit in today's world.-We fear we could never live up to what holiness requires.The more we think of holiness in terms of what we must not do, the more control these activities seem to have over us. The beautiful secret revealed to us through Christ is that true holiness means peace, freedom, and strength as we live according to the Spirit and shed the weights that hold us back, so that we can receive all the blessings God wants for us.In his trademark clear and compassionate approach, best-selling author Derek Prince reveals the beauty and power of holiness. He explains that as we seek holiness, we will understand how deeply our holy God loves us and be continually drawn closer to Him.Join Derek for an adventure into holiness as you discover?How God predestined you to be holy.What holiness is and what it is not.God's provisions to bring you into His holiness.How to apply God's promises and "participate" in His divine nature.How to become what God created you to be.The practical outworking of holiness in your life.How holiness enables you to fulfill your calling from God."Worship the LORD in the beauty of holiness."And#x2014;Psalm 29:2

▼▲
Internationally recognized as a Bible scholar and spiritual patriarch, Derek Prince (1915And#150;2003) was educated as a scholar of classical languages at Eton College and Cambridge University in England, and later at Hebrew University in Israel. While serving with the British army in World War II, he began to study the Bible as a philosophical work and, as a result, experienced a life-changing encounter with Jesus Christ. Derek Prince taught and ministered on six continents for more than sixty years, imparting God's revealed truth, praying for the sick and afflicted, and sharing his prophetic insights into world events in the light of Scripture. He wrote over fifty books, which have been translated in over sixty languages and distributed worldwide. He pioneered teaching on such groundbreaking themes as generational curses, the biblical significance of Israel, and demonology. Derek Prince Ministries, with its international headquarters in Charlotte, North Carolina, carries on the good work that God began in and through him by distributing his teachings and by training missionaries, church leaders, and congregations through its worldwide network of offices.

▼▲
I'm the author/artist and I want to review Set Apart for God.
Back
Back