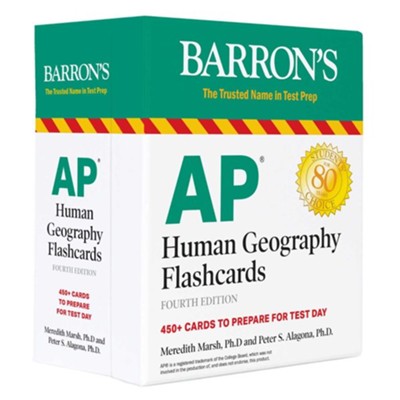 Be Confident on Exam Day

▼▲
Meredith Marsh, Ph.D.  Meredith Marsh is currently an associate professor of Geography at Linwood University in St. Charles, MO and has been an AP reader for Human Geography for the College Board since 2007 to the present. She received her M.A. in 2007 and her Ph.D. in 2009, both in Geography from UNCSB.

Peter S. Alagona, Ph.D.  Peter Alagona is currently an assistant professor of Geography and Environmental Studies at UNC, Santa Barbara. He has also held academic positions at Harvard and Stanford Universities. He has received both his M.A. and Ph.D from UNC, Los Angeles.

▼▲
I'm the author/artist and I want to review AP Human Geography Flashcards.
Back