BIG SUMMER BLOWOUT: 3 Days Only! Save up to 90% thru Wednesday. Shop now >
Any Day
By: Henry Mitchell
Illustrated By: Susan Davis 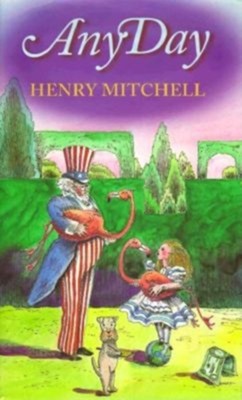 Henry Mitchell wrote for the Washington Post from the early 1970s to 1991. He was best known for his gardening columns, some of which have been gathered in two beloved books, The Essential Earthman and One Man's Garden. In addition to his gardening columns, Mr. Mitchell also wrote feature stories and for years had a general interest column that appeared on Fridays under the title Any Day. This book collects the most enduring of those brilliant columns. Henry Mitchell was a bit of a curmudgeon. He had an eye for cant and an even sharper eye for the deeper truths of reality. Never pompous, his columns were frequently hilarious. He could make you cry, he could make you weep and he could catch you up in the midst of a busy, confusing day and make you pause and reflect: Hey, look at this He will make you feel good about being a flawed human, and he will even make you think that mortality isn't so bad.

Readers who have enjoyed The Essential Earthman and One Man's Garden will thrill to discover their favorite author's additional accomplishments as they are represented in this lovely book. The illustrations are by Susan Davis, a gifted Maryland artist whose work accompanied many of Henry's columns during the 1980s and 1990s.

▼▲
I'm the author/artist and I want to review Any Day.
Back
×