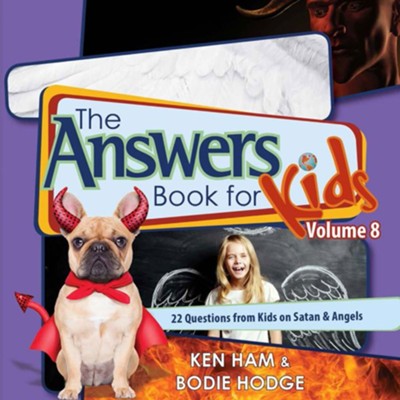 The Answers Book for Kids Volume Seven: 22 Questions from Kids on Evolution and Millions of Years will help create a powerful foundation of faith. The questions touch on concerns like the age of the Earth. This book not only gives answers but also provides scriptural links for parents to reference the Bible. A great way to build up kids' faith in the truth of the Word! Hardcover, 48 pages.

Most kids ask questions, and often they aren’t easy to answer! These colorful books are designed to not only give answers but also to provide scriptural links for parents so they can reference the Bible. In this volume, kids can read about:

▼▲
I'm the author/artist and I want to review Answers Book for Kids Volume 8, The: 22 Questions from Kids on Satan & Angels - PDF [Download].
Back