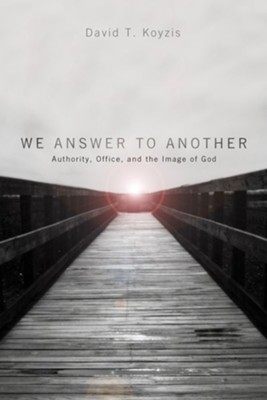 We Answer to Another: Authority, Office, and the Image of God - eBook

▼▲
The quest to escape authority has been a persistent feature of the modern world, animating liberals and Marxists, Westerners and non-Westerners alike. Yet what if it turns out that authority is intrinsic to humanity? What if authority is characteristic of everything we are and do as those created in God's image, even when we claim to be free of it? What if kings and commoners, teachers and students, employers and employees all possess authority? This book argues that authority cannot be identified with mere power, is not to be played off against freedom, and is not a mere social construction. Rather it is resident in an office given us by God himself at creation. This central office is in turn dispersed into a variety of offices relevant to our different life activities in a wide array of communal settings. Far from being a conservative bromide, the call to respect authority is foundational to respect for humanity itself.

▼▲
David T. Koyzis is Professor of Political Science at Redeemer University College, Ancaster, Ontario, Canada. He is the author of the award-winning Political Visions and Illusions (2003).

▼▲
I'm the author/artist and I want to review We Answer to Another: Authority, Office, and the Image of God - eBook.
Back
Back