Skip to main content
Anselm of Canterbury and the Desire for the Word
By: Eileen C. Sweeney
Stock No: WW228734 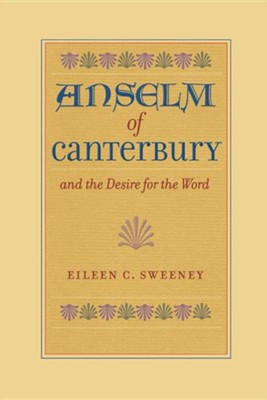 Anselm of Canterbury and the Desire for the Word

▼▲
Anselm of Canterbury is an important and early source of two key themes in Western thought and religion that are hard to reconcile. In his arguments based only on reason, Anselm develops a model of pure and neutral rationality. In his intensely personal and passionate prayers, meditations, and letters of spiritual direction, Anselm is the forerunner of later experiential and emotional spirituality. Scholars have been largely content to compartmentalize these different elements in Anselm, but his most famous works, the Monologion and Proslogion, are both prayerful meditations and argumentative assays of "reason alone." Any account of Anselm as a thinker or of his place in Western intellectual and religious history must make sense of this enigma. In Anselm of Canterbury and the Desire for the Word, Eileen C. Sweeney addresses these tensions, offering a new cumulative and comparative interpretation of Anselm's writings. She finds common concerns and patterns across his prayers, logical analysis, and Christological and Trinitarian speculation. Sweeney argues that seeing the common structure and goal in the many topics and genres in the Anselmian corpus yields a new way of considering much-discussed questions in Anselm scholarship--the relationship of faith and reason, the search for "necessary reasons," the concurrence of freedom and grace. It also sheds further light on Anselm's engagement with non-Christian objectors and on the emotional content of Anselm's prayers and letters. Sweeney's study offers a comprehensive picture of Anselm's thought and its development, from the early, intimate, monastically based meditations to the later, public, proto-scholastic disputations. She reveals Anselm as a thinker as relentless in his exposure of ambiguity, paradox, and separation as in his pursuit of certainty, necessity, and unity.

▼▲
I'm the author/artist and I want to review Anselm of Canterbury and the Desire for the Word.
Back