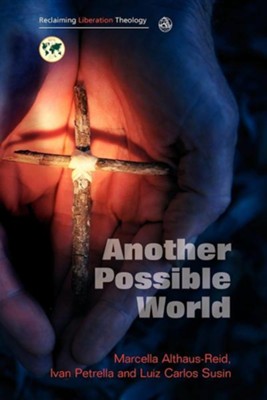 ▼▲
Liberation theology - whether Latin American, U.S. Black, African, Feminist - realized that theology had traditionally been done from the standpoint of privilege. Western theology was the product of a minority of humankind living in a state of affluent exception; poverty was the norm for the majority of the world's population. By grounding itself in the perspective of the poor, liberation theology came as close as possible to being the first truly global theology.

"Another Possible World" is the book resulting from the first World Forum on liberation theology that took place in 2005 in Brazil. This international gathering discussed themes of liberation, ecumenical differences, inter-religious commitments and historical and interdisciplinary methodologies from the perspective of the global poor. The resulting chapters come from an internationally acclaimed group of contributors. This collection brings the current debates within liberation theologies right up to date and allows readers to acquaint themselves with key thinkers on the most relevant topics within this discipline.

▼▲
I'm the author/artist and I want to review Another Possible World.
Back