Skip to main content
SPRING CYBER EVENT STARTS NOW: And it's a really BIG deal! Up to 88% off through 5/24>
Another Nun's Story: An Impossible Dream - eBook
By: Beth Warren
Stock No: WW116510EB 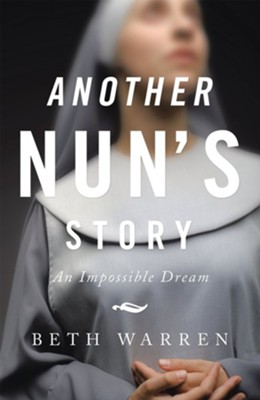 In 1947, author Beth Warren, entered the convent because she believed God called her to a special life of service for His people. She had a passionate love for nuns who combined their religious lives with outgoing compassion for others. Warren wanted to be just like them. She dreamed that answering her Call to religious life would help make the world a better place.

During the sixties, Pope John XXIII asked nuns to look outside their convent walls to see where they were most needed. Warren was drawn to working with disadvantaged people, but she was told she was a teacher, not a social worker. She realized that to serve God’s deprived people and live among them, she would need to leave her religious Community.

In Another Nun’s Story, Warren chronicles her joys and difficulties during her religious life from the 1940s to the 1980s. She discusses how being a rebel nun led her to break her vows and left her with unraveled feelings and some guilt. But she came to understand she was saying goodbye to an impossible dream so she could pursue one that was possible for her.

Beth Warren is a former nun who spent thirty years in the convent during the 1940s to the 1980s, a time of change in religious life. She has now retired from the work world, but she continues her service for deprived people by collecting clothing for the homeless and personal items for battered women. She also provides food for a soup kitchen where she spends many hours talking to the residents of a halfway house.

▼▲
I'm the author/artist and I want to review Another Nun's Story: An Impossible Dream - eBook.
Back
Back