Skip to main content
Another Land: Patersons in Scotland
By: David Carlyle
Stock No: WW703393 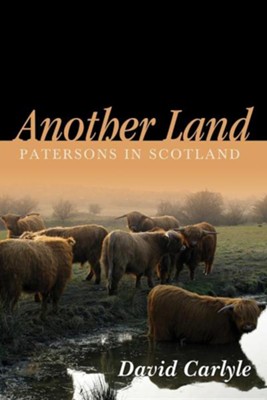 Another Land: Patersons in Scotland

▼▲
Patersons ultimately succeed, after poverty and conflict. In 1876, Arthur McCarty insists his daughter, Edna, leave their mansion in the Scottish Highlands and board a ship to Rochester, New York, to further her education. Edna is headstrong and unwilling to leave her father, but she obeys his wishes and makes the journey to New York, where she eventually meets and marries John Paterson. They have a son, Erroll, but a tragedy leaves John to raise Erroll alone. He also finds himself raising a little girl, Kenzie Cox, abandoned by her mother. When the children are five years old, John takes them to Inverness, Scotland, in search of a better life. John's new boss is abusive, and their new life is one of poverty, intrigue, and physical danger. After John's death, Erroll takes over his father's job. Kenzie and Erroll fall in love and marry, and when Erroll is fired, he and Kenzie walk more than 120 miles to Glasgow Port-hunted and hungry. They are helped by friends along the way and are finally able to board a steamer back to New York after 25 years away. Another Land is the first of a two-book, four-generational saga about one family whose strength, love, and Christian faith carry them forward despite the obstacles in their path.

▼▲
I'm the author/artist and I want to review Another Land: Patersons in Scotland.
Back