Skip to main content
SPRING CYBER EVENT STARTS NOW: And it's a really BIG deal! Up to 88% off through 5/24>
Another Homecoming - eBook
By: Janette Oke, T. Davis Bunn
Stock No: WW14286EB 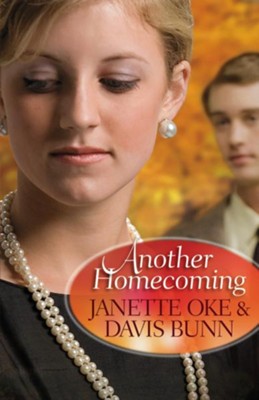 ▼▲
In the wake of her husband's presumed death, a young war bride makes a desperate choice to give her baby a better life. However, her choice will have unforeseen ramifications for more lives than she ever expected.

The baby girl, named Kyle by her adoptive parents, grows up with no knowledge of her humble beginnings. When a heartbreaking loss pits Kyle against her high society mother, secrets from Kyle's past come to light. Suddenly, she finds herself searching for the family she never knew and a faith she's only beginning to understand. With all that has come before, will Kyle ever be able to find home?

▼▲
Janette Oke has more than thirty million copies of her books in print. She has also won both the Gold Medallion Award and the Christy Award for fiction. Janette and her husband, Edward, live in Alberta, Canada.

Davis Bunn, the author of twenty bestsellers, has received numerous accolades, including three Christy Awards. He and his wife, Isabella, make their home near Oxford, England.

▼▲
I'm the author/artist and I want to review Another Homecoming - eBook.
Back
Back