Skip to main content
Another Form: Patersons in Missouri
By: David Carlyle
Stock No: WW703313 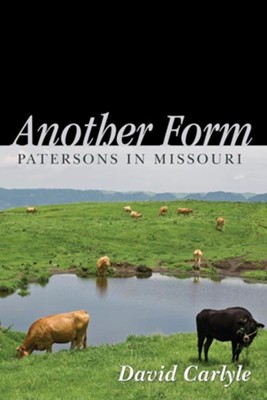 Another Form: Patersons in Missouri

▼▲
Patersons cope with adversity and an abusive boss. The story of Kenzie and Erroll Paterson continues in this second book of a four-generational, two-book saga. While living in Scotland, the Patersons buy a farm in Missouri from a traveling salesman. Hoping to escape a life of poverty and conflict, they return to the United States in 1912, after 25 years away. Still struggling with poverty and trying to earn a living from their farm, the Patersons learn that their former boss in Inverness, who claimed to be Erroll's uncle, is an impostor and in a mental hospital. Erroll is heir to an estate worth over five million American dollars. Their Christian faith, born during their travels in Scotland, matures in Missouri, and the Patersons are able to help those who helped them survive in Scotland. The focus turns to the Patersons' grandson McLaren and his struggles with a boyhood rival, with whether to dig for gold on the family farm, with romantic decisions, and with a murderer and liar. Later, he wrestles with whether he should help his aging father on the farm or travel the world-advising people about flowers, grass, and parks, and earning a far better living than the farm could provide. Follow this family's journey in Another Form, a sweeping saga of love and determination in the face of adversity.

▼▲
I'm the author/artist and I want to review Another Form: Patersons in Missouri.
Back