We are OPEN and SHIPPING - click here for shipping estimates
PRE-SUMMER CYBER SALE EXTENDED thru 6/1 ~ Over 2,500 items up to 90% off
Another Christ? Another Gospel?
By: William Baldwin 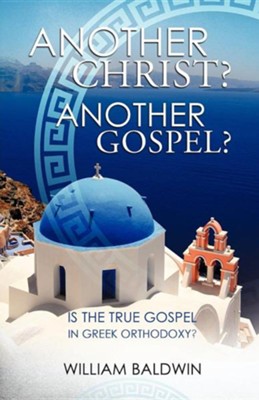 Another Christ? Another Gospel?

▼▲
Bill Baldwin has been a Christian worker with Greater Europe Mission in Greece since 1966. He is a graduate of the University of Houston and received a Th.M. degree from Dallas Theological Seminary, majoring in New Testament, in 1965. During his many years in Greece Bill has been involved in the founding of Greece's only Bible College, where he served as director for over 20 years. He also helped start a church in Athens' northern suburbs where he served as head elder until late 2011. He teaches and preaches in Modern Greek. In this book Bill used primarily Greek sources which he, or others, had translated into English. The call by some in N. America to "return to historic Christianity" led Bill to write this book in order to help people understand the real teachings of the Orthodox Church.

▼▲
I'm the author/artist and I want to review Another Christ? Another Gospel?.
Back
×