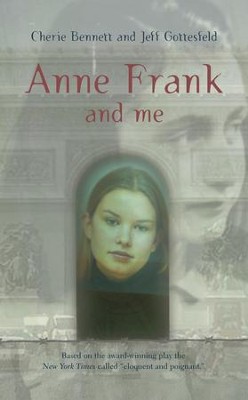 Anne Frank and Me - eBook

▼▲
In one moment Nicole Burns's life changes forever. The sound of gunfire at an Anne Frank exhibit, the panic, the crowd, and Nicole is no longer Nicole. Whiplashed through time and space, she wakes to find herself a privileged Jewish girl living in Nazi-occupied Paris during World War II. No more Internet diaries and boy troubles for Nicole-now she's a carefree Jewish girl, with wonderful friends and a charming boyfriend. But when the Nazi death grip tightens over France, Nicole is forced into hiding, and begins a struggle for survival that brings her face to face with Anne Frank.

"This is a powerful and affecting story." (KLIATT)

▼▲
I'm the author/artist and I want to review Anne Frank and Me - eBook.
Back
Back