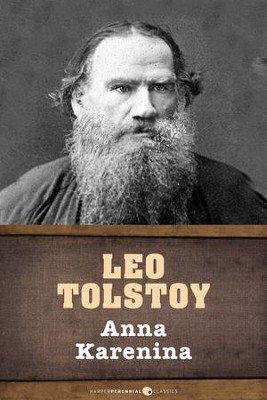 Widely considered one of the best novels ever written, Anna Karenina is the tragic story of the aristocratic Anna’s doomed affair with the wealthy Count Vronsky. Reflecting Russian morals of the time, as well as Tolstoy’s personal feelings on infidelity, Anna Karenina explores themes of passion and fidelity, the impact that social norms have on personal choice, and the ramifications of choosing a life outside of that deemed acceptable by society.

Anna Karenina was first published as a serial in The Russian Messenger between 1873 and 1877, although due to Tolstoy’s difference of opinion with the editor of the periodical, it was not published in its complete form until the novel was released in 1877. Anna Karenina has been adapted for radio, stage, ballet, opera, and film, including the eagerly anticipated release of the 2012 movie starring actress Keira Knightley in the title role.

Leo Tolstoy (1828-1910) is the author of War and Peace, Anna Karenina, The Death of Ivan Ilyich, Family Happiness, and other classics of Russian literature.

▼▲
I'm the author/artist and I want to review Anna Karenina - eBook.
Back
Back