Skip to main content
Adam Names the Animals: An Insightful and Approachable Reexamination of the Creation Account - eBook
By: James (Jim) Andrews
Stock No: WW116544EB 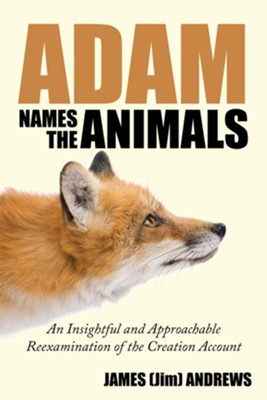 Adam Names the Animals: An Insightful and Approachable Reexamination of the Creation Account - eBook

This book is a rather nontechnical, lighthearted summary of creation.

Mr. James (Jim) Andrews was born in Kansas. His grandparents were farm-folk, and hence many pre-teen weekends and summers were spent exploring rural Kansas creeks, canyons, and rolling hills. These are typically not words used to depict the flat, wheat fields of Kansas, but these features are present in some locations, thus providing Jim with an early sense of creation’s wonderment.

After attending a couple aimless years at Kansas State University, Jim ended up in Arizona. Like many baby boomers (as the song says), he was “Looking for Love (his purpose) in All the Wrong Places”.

One random evening in 1974, Jim attended an evangelistic church meeting where the speaker talked about God’s holiness and our separation from Him because of sin. His heart was changed that night and he understood that only by receiving Christ’s work on the cross can we enter into a true hope of being reunited with our Creator. That night he received Christ as Lord.

A few years later Jim returned to college (this time Arizona State University) where he graduated with honors, receiving his BA in education. This led to a number of wonderful years in the classroom. This was also a time of growing in Christ and settling into his role of husband and father.

He currently shares an empty nest with his wife Nancy in Central Illinois. Their 3 fledglings are now out on their own, and they are now proud grandparents of three wonderful grandchildren.

Although this is Jim’s first published work, he has written many adult Sunday lessons, a number of songs, a short story, and a few poems. He has started a book on hope and truth; and is also considering co-authoring a fiction novel.

▼▲
I'm the author/artist and I want to review Adam Names the Animals: An Insightful and Approachable Reexamination of the Creation Account - eBook.
Back
Back