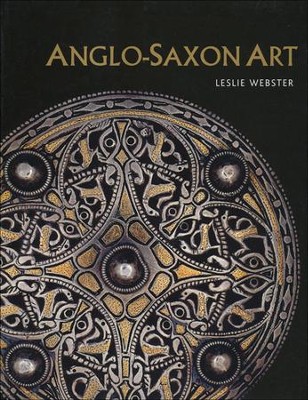 ▼▲
From its first manifestations in the metalwork and ceramics of the early settlers, Anglo-Saxon art displays certain inherent and highly distinctive stylistic and iconographic features. Despite the many new influences that were regularly absorbed and adapted by Anglo-Saxon artists and craftsmen, these characteristics continued to resonate through the centuries in the great manuscripts, ivories, metalwork, and sculpture of this inventive and creative culture. Anglo-Saxon Art-which features 140 color and black-and-white illustrations-is arranged thematically while following a broadly chronological sequence. An introduction highlights the character of Anglo-Saxon art, its leitmotifs, and its underlying continuities. Leslie Webster places this art firmly in its wider cultural and political context while also examining the significant conceptual relationship between the visual and literary art of the period. 256 pages, paperback. 140 illustrations. 7.5 x 9.8 in.

▼▲
I'm the author/artist and I want to review Anglo-Saxon Art.
Back
Back