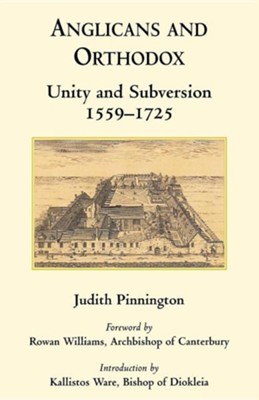 Anglicans and Orthodox: Unity and Subversion 1559-1725

▼▲
Elizabeth I divided her episcopate at the outset of her reign between Geneva reformers and bishops who looked to the Fathers of the Early Church. Thereafter in the Church of England there would always be divines who were drawn to the orthodox East. Such men suffered mightily in the 17th century at the hands of the Puritans and then Whigs when these gained political power, and their suffering impelled them more and more to 'look to the east'. This book traces the fortunes of that quest, through the study of Greek texts, involvement in the intricate politics of the Near and Middle East, deprivation and isolation in the Nonjuror schism and finally the rejection by the Greek Patriarchs of requests for Orthodox Communion in the 1720s. It is a sad story involving much pain, but the steadfastness of the participants may have much to teach embattled churchmen today and inspire Orthodox readers to look with freah eyes at an attempt at unity whihc fialed as much through the weaknesses of the Orthodox Church at that time as from the inadequacies of those who wished to join them.