We are OPEN and SHIPPING - click here for shipping estimates
Anglican Papalism: A History
By: Michael Yelton 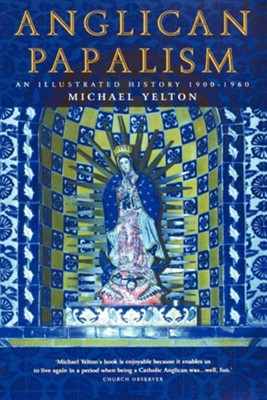 Buy Item $43.75
In Stock
Quantity:
Stock No: WW118616
Canterbury Press / Paperback
Quantity:
Add To Cart
of These in Your Cart

▼▲
In 1898 the Church of England was shaken to its roots by the then Pope's declaration that Anglican orders of ministry were 'null and void'. This threatened to create an unbridgeable gulf between the two Churches, yet some Anglicans responded creatively by demonstrating their loyalty and fidelity to Rome - the movement was known as Anglican Papalism and, though marginal, it made a significant contribution to the thawing of relations some sixty years on.

▼▲
I'm the author/artist and I want to review Anglican Papalism: A History.
Back
×