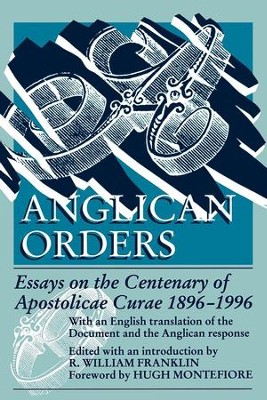 Anglican Orders: Essays on the Centenary of Apostolicae Curae 1896-1996 - eBook

▼▲
This review of the Apostolicae Curae presents six essays by American and British contributors, both Anglican and Roman Catholic, on the 100th anniversary of the papal condemnation of Anglican Orders. The book also includes the English translation of the original papal document and the Anglican response to it at that time. An introduction by R. William Franklin describes the history of the tensions between the two churches and the theological differences between them. Franklin helps the reader understand the relevance of these 100-year-old documents to today's ecumenical concerns and hopes. From the Foreword: "This forthright and unequivocal pronouncement, which the Roman Catholic Church has never rescinded or modified, is of such critical importance to the Anglican-Roman Catholic relations that it deserves to be memorialized in print a hundred years later, and to be examined in depth, both on the account of the arguments it deployed, and of the consequences that have flowed (and still flow) from it." --Hugh Montefiore, Bishop of Birmingham (ret.)

▼▲
I'm the author/artist and I want to review Anglican Orders: Essays on the Centenary of Apostolicae Curae 1896-1996 - eBook.
Back
Back