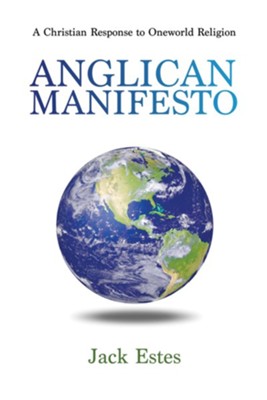 ▼▲
The Anglican Communion must address a central issue: that of the postmodern worldview growing in its midst and the corresponding development of a One World Religion. It is an issue of theological meaning and interpretation, of right doctrine and right practice. It is an issue of Christian identity. The crisis has only just begun. Anglicans are the canary in the coal mine, gasping for air while worldwide Christianity looks on to see how much oxygen is left. The One World Religion is actively coming into being. Many Christian churches are grappling with forces and pressures from within and without to yield, to change, or to embrace this phenomenon, which can be oh-so-appealing. The time has come for all who would call themselves Christians to decide which set of beliefs and practices will be adhered to and taught in the church, and which vision will be offered to the world as the Christian faith. Anglican Manifesto seeks to ignite a reformation of Anglicanism in order to set the stage for a global reunification and revival of Christian churches worldwide.

▼▲
I'm the author/artist and I want to review Anglican Manifesto: A Christian Response to Oneworld Religion - eBook.
Back
Back