Skip to main content
SPRING CYBER EVENT STARTS NOW: And it's a really BIG deal! Up to 88% off through 5/24>
Angels Walking Among Us
By: Ronald McClure
Stock No: WW775610 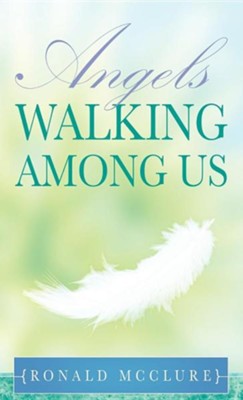 Angels Walking Among Us

▼▲
Tragedy and brokenness often take a person to the bottom of life to where they may then choose to look up to God for assistance and may thus be able to see the results of God moving in a particular situation. This book takes the reader from having a life-changing experience when meeting Jesus, through a tragic helicopter crash, to seeing ministering angels, to taking a trip to heaven, to a particular whirlwind and to a heavenly light lighting a dark path. Several key scriptures taken from the book of Matthew are presented as "keys to the Kingdom of Heaven," using the Geneva Bible, which until recently, had been lost from the Christian world for nearly four hundred years. The Geneva Bible, which was the Bible used by our first pilgrims in the United States had a more personal and narrower approach to the Kingdom of Heaven. Ronald McClure is a notable observer and admirer of God's handy-work in nature, of which he has written books and recorded songs about. He is the proud daddy of five grown children, of whom he always felt that God "first" called him to be a good father. Mr. McClure is a 1980 graduate of East Texas Baptist University in Marshall, Texas. While being an avid student of the Bible, Ronald has worked in agriculture, drove trucks, drilled for oil in the Gulf of Mexico, owned and operated a TV repair shop and has spent more than a decade as a security officer within the Texas Department of Criminal Justice. He has written five books and has recorded three music CDs.

▼▲
I'm the author/artist and I want to review Angels Walking Among Us.
Back