Skip to main content
SPRING CYBER EVENT STARTS NOW: And it's a really BIG deal! Up to 88% off through 5/24>
Angels to Help You
By: Lester Sumrall
Stock No: WW85647 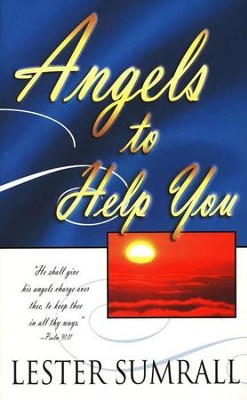 Angels to Help You

▼▲
You might not realize it, but your life is strongly influenced by angels. Find out how in this helpful, easy-to-read guide. Lester Sumrall offers scriptural answers to many often-asked questions about angels.

▼▲
Angels not only played an important role in biblical history, but they continue to intervene in people’s lives today.
Lester Sumrall offers scriptural answers to many often-asked questions about angels, such as:You might not realize it, but your life is strongly influenced by angels. Find out how in this helpful, easy-to-read guide. In a day of much misinformation about angelic activities, this book offers the truth about angels.

▼▲
Dr. Lester Sumrall (1913–1996), world-renowned pastor and evangelist, ministered for over fifty-five years in more than 110 countries, including Soviet Siberia, Russia, Tibet, and China. He established Feed the Hungry in 1987. In addition, he wrote over 130 books. His evangelistic association, LeSEA, headquartered in South Bend, Indiana, is still actively spreading God’s Word. Dr. Sumrall’s goal was to win one million souls for the kingdom of God, and LeSEA continues to carry out this vision. The ministry includes such outreaches as the World Harvest Bible College, a teaching tape ministry, and numerous publications. Sumrall also founded LeSEA Broadcasting, which owns and operates Christian television stations, a local radio station, and an international shortwave radio station, all with the special purpose of bringing millions of souls to heaven.

▼▲
I'm the author/artist and I want to review Angels to Help You.
Back
Back