Skip to main content
SPRING CYBER EVENT STARTS NOW: And it's a really BIG deal! Up to 88% off through 5/24>
Angels and Demons: A Companion to The Three Heavens - eBook
By: John Hagee
Stock No: WW102463EB 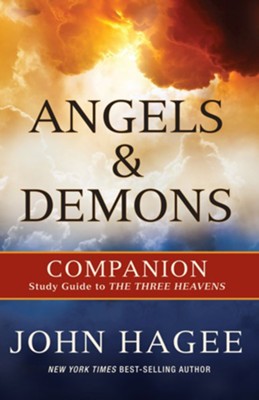 Angels and Demons: A Companion to The Three Heavens - eBook

▼▲
In this interactive, companion study to The Three Heavens, John Hagee will guide you through a tour of the heavenly principalities, outlining their character and purpose. Discover the truth about these spiritual beings through scriptural examination and study. 208 pages, paperback.

▼▲
John Hagee is the author of several New York Times bestsellers, including Four Blood Moons. He is the founder and senior pastor of Cornerstone Church in San Antonio, Texas, a nondenominational evangelical church with more than 22,000 members. He is the founder and president of John Hagee Ministries, which broadcasts his teachings nationally and internationally through network television and on GETV.org. Pastor Hagee is also the founder and national chairman of Christians United for Israel, the largest Christian pro-Israel organization in the United States with over 5.6 million members. Pastor Hagee and his wife live in San Antonio, Texas.

▼▲
I'm the author/artist and I want to review Angels and Demons: A Companion to The Three Heavens - eBook.
Back
Back