We are OPEN and SHIPPING - click here for shipping estimates
PRE-SUMMER CYBER SALE EXTENDED thru 6/1 ~ Over 2,500 items up to 90% off
Angel's Cause - eBook
By: Tracie J. Peterson 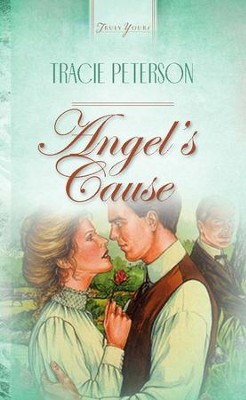 By: Tracie J. Peterson
More in Truly Yours Series
Barbour Books / 2012 / ePub
Write a Review
In Stock
Stock No: WW32061EB

Tracie Peterson, bestselling, award-winning author of over ninety fiction titles and three non-fiction books, lives and writes in Belgrade, Montana. As a Christian, wife, mother, writer, editor and speaker (in that order), Tracie finds her slate quite full.